‍‍In 1928 Hilary and Aileen O’Rourke purchased a largely undeveloped block of bushland in Golden Valley near Cygnet in southern Tasmania. Within a short time, work was started on converting it into an apple orchard. Prospects looked very good for the Tasmanian apple export industry was flourishing. Hilary and Aileen were to become the parents of ten children – seven sons and three daughters.

For the initial years after the purchase of the block, Hilary had to go out to work every day so he could earn the money that was needed to support his growing family and develop the orchard. Because he had been so poorly educated, he could only get employed as a labourer, which usually involved work with pick and shovel. Due to his lowly position in life and realizing why he was there, he valued education more highly than most. He was determined to give his offspring a better chance than he had been afforded in his youth.

All ten of the O’Rourke children attended the convent school at Cygnet for their primary education. There were no State High Schools in the Huon Valley at the time, so the State High School option to educate the children locally could not be used.  This problem was overcome by sending six of the boys to St Virgil’s College in Hobart to complete their secondary school education.

Eldest son, Jack,  was displaying interest in ordination to the priesthood and would need a full secondary school education to qualify for entrance to the Seminary. Hilary, the next son, judged that the family wasn’t well off enough to afford to send two sons away to boarding school at the one time because the little farm at Golden Valley was only in its infancy and hadn’t developed to the stage where it could support the strain of putting all members of the family through secondary education. It was only a small farm and the family was large.

Hilary as it turned out was to be the only one of the seven boys not to attend the College.

Jack O’Rourke (1925-2011) began as a boarder at St. Virgil’s Collage in 1938; he was a good scholar and a good AFL Footballer who later won the best and fairest footballer awards in both the Cygnet Football Team and the North Hobart Football Team and later numerous other football teams after he started to play football for profit!

Jack matriculated from St Virgil's  in the early 1940s and after a stint in the Seminary, he realised that the Clergy was not for him. He was a good scholar and a good footballer who later won the best and fairest footballer awards with both the Cygnet and North Hobart. He later became a Real Estate Agent in Ulverstone.

After time in the Australian Army during which Hilary became eligible for a Soldier Settlement Property, he established a dairy farmer at Romaine, south of Burnie. He was the initial driving force behind the establishment of the Romaine Rhododendron Gardens which are situated on part of his former Soldier Settlement Farm.

Terry (1929-2011) won a State Bursary and a couple of scholarships which subsidised his way through secondary school. He began at St Virgil’s in 1942 . He too was a good scholar and a handy footballer.  Terry matriculated in the mid 1940s.  After beginning adult life as a trainee industrial chemist at the Boyer Paper Mills he decided he was in a dead end lane there that wouldn’t take him far, so he transferred to the State Department of Education, went to The University of Tasmania, graduated in Arts, and later Education. He had many appointments throughout Tasmania and prospered in all of them. His last appointment was as the Headmaster of the Burnie High School.

Alan (1931-2018) also won a State Bursary to go to secondary school; he began at St Virgil’s in 1944. He was quite a good scholar but he wasn’t any good at sport of any sort because his reflexes had been badly slowed down by a thyroid deficiency. He left after he had gained his Intermediate Certificate because he could see his father needed him at home because he was semi-crippled and not able to cope with all the work there. Alan decided to go back into apple growing at Cygnet because it was one of the biggest industries in Tasmania and he thought that it would further expand. Alan left St Virgil’s in 1947 and returned home to Cygnet into a hive of activity and full employment. However  despite the tremendous amount of hard work that was poured into it over 40 years and all the spare cash that could be funnelled into it for orchard development, the efforts to make something out of nothing proved to be futile – the Apple Export Industry collapsed in a heap following the entry of Great Britain into the European Common Market.

Alan moved away from the Cygnet and spent some time working at the Mt Lyell Copper Mine at Queenstown, before being thrown a lifeline by the State Department of Agriculture in Hobart where he began work as a quarantine inspector. He matriculated as an adult later when he came to Hobart to work. Such was the regard with which Alan was held, that he was chosen to spend 1987 in London as Australia’s Horticultural Officer.

David O’Rourke (1934 – 2017) began his secondary education at the newly established Lourdes Hill. The Christian Brothers arrived in Cygnet in 1944, at the behest of the parish priest at the time Fr James Kent, to set up an Agricultural College which was named Lourdes Hill Agricultural College. Fifteen acres were used as a teaching orchard - it consisted of small crops and grazing areas. The Brothers taught boys from Year 5 upwards.  The Brothers were to work in Cygnet until 1975.  However, Joseph and Aileen were far from happy with the standard of education son number five was receiving and,  as a consequence,  moved him to St Virgil’s College.

David was also a handy footballer who played in the school eighteen and then played country football for Cygnet and achieved some prominence, winning the “best and fairest” award on a number of occasions. He later became a builder in Ulverstone.

‍Brian O’Rourke (b.1938) attended St Virgil’s from 1951-1955.  He was a good student, was wicketkeeper for the First XI and played in the senior football team.  Brian went on to gain a law degree at the University of Tasmania.  Following this he spent a brief period in Melbourne training to be a Christian Brother, before returning to Tasmania where he went on to set up a successful law practice on the North West Coast, O'Rourke & Kelly. He is retired in Devonport. Interestingly two of his daughters are leaders in Catholic education in Hobart, Rachel Kelly who is Deputy Principal at St Cuthbert's Catholic School Lindisfarne and Caroline Wilson-Haffenden who is Head of the Junior School at St Mary's College.

The last of the seven O’Rourke boys, Rodney (1940-2007) attended the College from 1951-1957. He was a good student but , because he suffered severely from migraine headaches, sporting involvements were very limited.  Having matriculated he too went on to the University where he gained a Bachelor of Arts and a Diploma of Education.  He had a very successful career with the Tasmanian Education Department, where after holding the position of Headmaster of Ravenswood High School, he became the Supervisor of High Schools in the North Western Division of the Tasmanian Education Department . 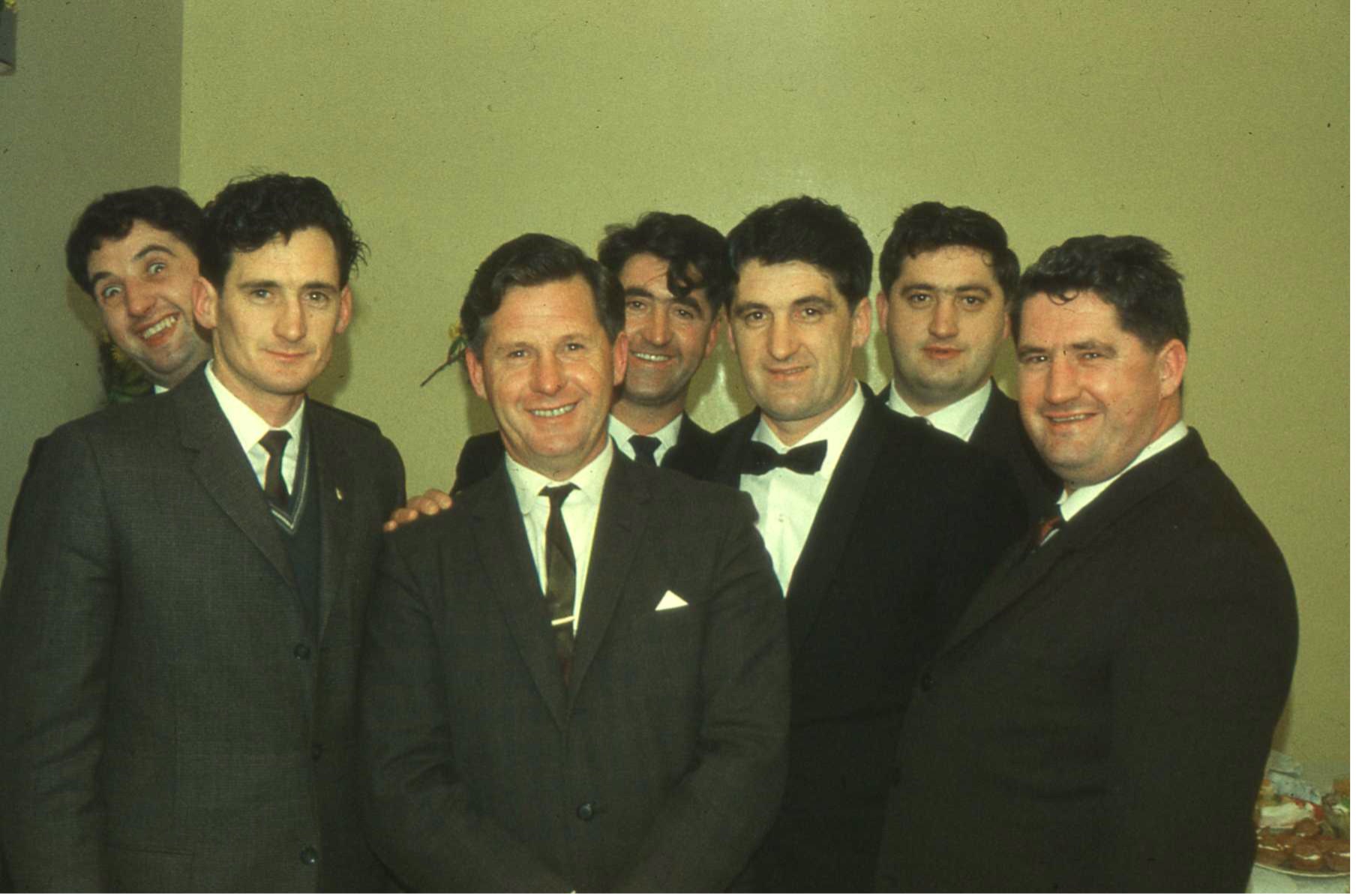 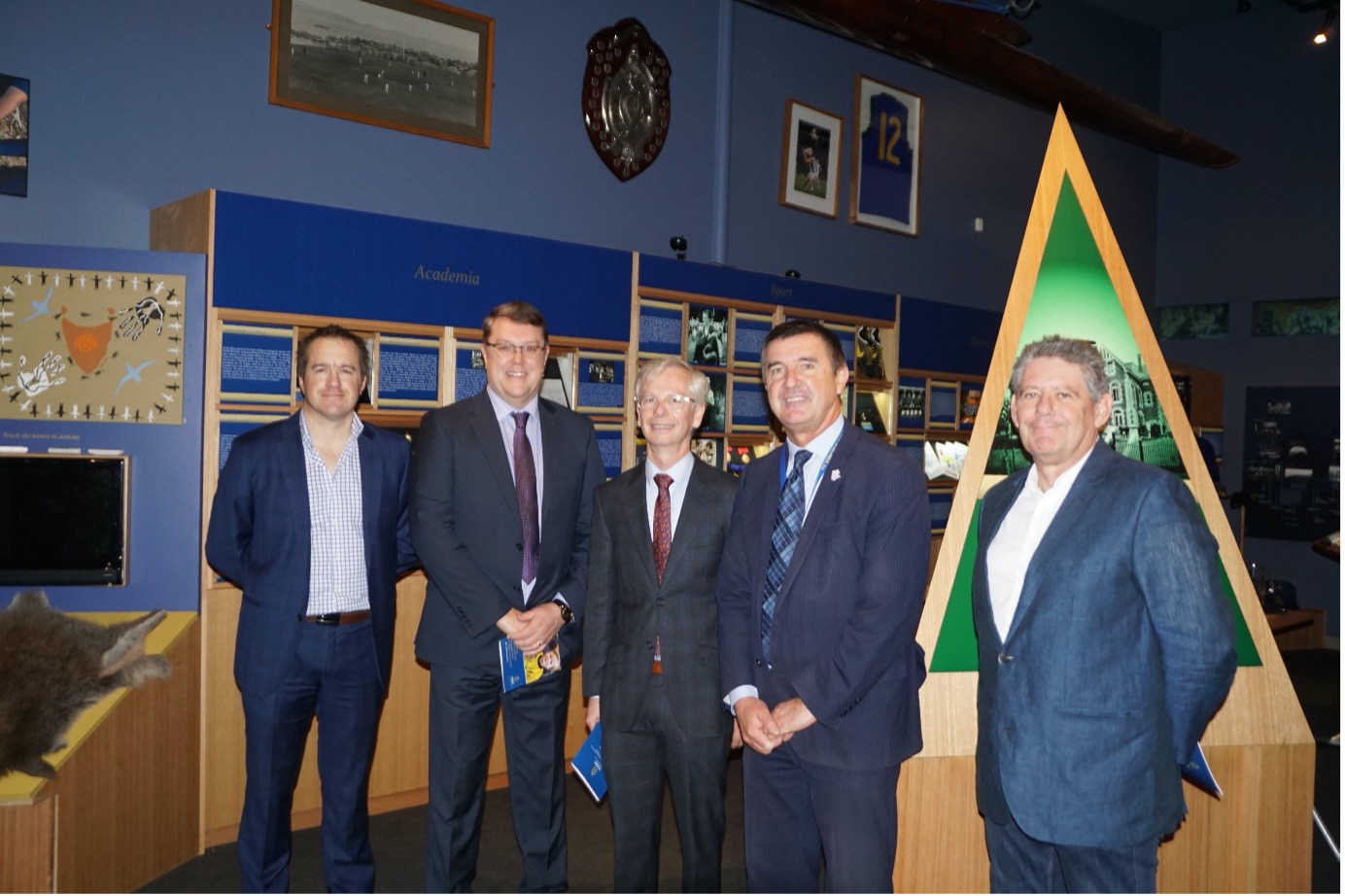